I am always doing things that are supposed to be for boys or men.

Knowing that I wasn’t supposed to be doing them, usually tempered my enjoyment of the activity. I suppressed all competitive tendencies when playing sports and eventually grew out of them.

I loved power tools and working backstage to create an experience for an audience but suppressed any desire to geek out on the different brands or innovations. I love building something with my hands or solving a puzzle.

When I became a computer scientist, I laughed off any comments about my abilities and skills to avoid any gendered comments. A Backend Engineer helps build the core of a product, the part that no user should ever see. I worked with the data and formula calculations for credit ratings. Within a year of working as a backend engineer, I knew that I was more suited to a life as a Product Manager.

A Product Manager with my backend engineering background can remain involved in technical implementation while also driving the bigger picture and collaborating with multiple players. So I went for it. I dived headlong into the startup world of New York City with many of my engineer and millennial friends.

Other than the occasional comment that I didn’t seem like an engineer, interruptions and box outs in meetings, or mansplaining, I lucked out with my workplace environments. (Yes, men, dealing with these regular trials is considered a “positive” environment by many women because it didn’t include any sexual harassment, verbal abuse, or gendered humiliation.)

I realized I could also use my position as a Product Manager to make my products more inclusive. For example, I made sure the profile creation process to sign up for our product (where you enter things like name, email, and other information that a site or app might used to tailor their services for you) accounted for non-binary identities or multiracial identities. I added accessibility support across the product for those who need to navigate without a mouse or are color blind. I pushed for conscious team events and improved cross-team communication that allowed for different abilities.

Supporting other women in the product & tech teams always numbered among my top priorities, from encouraging them in meetings or speaking up against sexism in casual work chats. I am unashamedly a #BlackLivesMatter supporter and activist in the workplace.

But this past year, my employer underwent a drastic management change.

When I had joined, half of the leadership team were women. I had found a mentor who had succeeded through meeting interruptions, mansplaining, and oddly romantic coworkers. I had found a leadership team that supported my activist personality, respected my opinions, and provided me the space to truly collaborate with the designers and engineers on my team. I had found coworkers with diverse interests who were willing to stand up for me in meetings or learn from the sexism I had dealt with in the past.

Instead of laying low to avoid any organizational change fallout, I continued working my job and mourned the loss. I asked what was going to be done to address the loss of women’s leadership. The CEO replied they hadn’t thought about it but scheduled a meeting with me to discuss the challenges that women faced in the company.

I endured check-ins with my new managers who implied that his experiences being ignored by friends in college were similar to my experience in tech as an Asian American woman reporting to a leadership team with little minority leadership. I was asked about my level of buy-in after the management change on a weekly basis. Only too late did I learn that we had different definitions for “buy-in”. When two (male) hires were made rapidly from the new head of engineering’s social network, I asked about creating a formal, conscious hiring process to bring in diverse candidates.

When I had spoken out about the increasing frequency of being boxed out of meetings, I was told to raise my hand. I was told that my negative response during these meetings was unacceptable, offensive. The offender was simply young and inexperienced; he would learn not to interrupt or box people out of conversations.

I don’t know what offended me more, the actual box out or the excuse. The man, who was my age, received all of the privileges of being excused for his behavior while I was reprimanded for objecting to it. Instead of addressing his childish manner of cutting me out of a discussion, I was being addressed for rudely claiming my space.

After a month, I was fired.

Over the course of the hour long meeting, I was told that my “attitude” needed to change. My new manager had received a number of complaints. No, he would not give specifics as it would not be “productive” and was not the focus of the “discussion,” the focus was my attitude problem. One complaint said that I was non-collaborative and that people did not want to have meetings with me.

Repeatedly, my new manager asked, “Do you want to work with me?” An obvious trick question. It was implied that I would never have been hired by his standards. My lack of blind support – or “buy in” – since the management transition was unacceptable, I was told. The CEO, who had said all the right words, stood to the side and watched.

Some readers may object when I use the label of “sexism” to describe why I was fired. The men involved in the decision to fire me would agree; they were simply removing a “toxic” element from the company. Many women, however, will look and understand exactly what happened. Many minorities will understand.

I had asked questions and did not react positively or neutrally to the management change and was labeled “problematic” forevermore. Opposing opinions are acceptable from a man. They are not labeled as “aggressive” or coming from a “bad attitude.” Suddenly, my existence was unmanageable by the new leadership team and any allies who could have helped already had a foot out the door.

With the loss of women’s leadership, the culture became increasingly defensive, messy, and opaque. Any discussion I had with the CEO or other leadership members was hot air, despite the hope that I held for them. It was disappointing to watch the speed at which it all disappeared. A space that once allowed me to work for small, equitable improvements in my small part of the world was no longer welcoming, no longer fair, no longer open.

The recent spate of articles exposing VC sexual harassment of women founders and within Uber has shown the pervasive nature of sexism in the tech startup world. I am just another voice describing the more subtle side of it.

This past year, in fact, I became an example of the most basic HR case study of sexism in the workplace; yes, indeed, it still happens like this. Many companies pay lip service to dismantling sexism and excuse their lack of action by pleading ignorance. Many men have learned the right words to appease listeners or readers while they enjoy the status quo.

After all, why knock the hand that fed you career success?

The Uber scandal shows how bad HR is at handling sexual harassment: I’m a 20-year veteran of HR. Something needs to be fixed.

Women in Tech Speak Frankly on Culture of Harassment

500 Startups Responds: 500 Startups’ Dave McClure apologizes for ‘multiple’ advances toward women and being a ‘creep’

Editor's Note: This post is in response to the following linked article from The New York Times "More than 40 years after women began pouring into the workplace, only 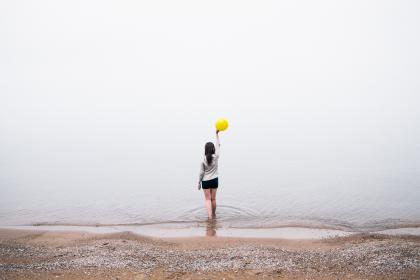 These are the women who see the male-dominated status quo and envision a different way. They are the entrepreneurs, innovators, and leaders who are creating new systems, organizations, and narratives.