In last weekend’s New York Times Sunday Review, a writer dug into the question of female friendship. Specifically, she asked, why do women compete with each other?

“Women compete, compare, undermine and undercut one another — at least that is the prevailing notion of how we interact. It’s considered exceptional, or at least noteworthy, that famous women like Amy Schumer and Beyoncé and Taylor Swift acknowledge that other women are talented, and frequently work with those other women without, in most cases, being catty about it. This makes them feminist heroes. Feeling on guard around other ladies is normal for a lot of women, and it’s exhausting. I exhausted myself for years trying to understand how other girls could have gone from my closest allies to my scariest foes. I write an advice column and get a fair number of questions from women asking how to handle not trusting other women, so I know I’m not alone.”
She goes on to explore her own experience having a close group of girlfriends as a child, who then turned into her main competitors once puberty hit, and led her to see other women as the enemy well into her twenties.

She even shares some studies purporting female competitiveness is biological and tied to evolution.

"As Noam Shpancer writes in Psychology Today, 'As women come to consider being prized by men their ultimate source of strength, worth, achievement and identity, they are compelled to battle other women for the prize.' In short: When our value is tied to the people who can impregnate us, we turn on each other."

She ends by posing that female competitiveness comes from a feeling that we’re looking not outward, but in a mirror.

“We aren’t competing with other women, ultimately, but with ourselves — with how we think of ourselves. For many of us, we look at other women and see, instead, a version of ourselves that is better, prettier, smarter, something more. We don’t see the other woman at all.”

A few members of the Milk community came together recently for a 30th birthday weekend and discussed this article and their thoughts on female friendship and competitiveness.

BC: It’s funny how we announce ourselves as being “guys” girls in our formative years, like to let others know we are disgusted or ashamed with our female peers actions or priorities. It’s almost like we abandon our own sex during the time when we need one another most. It’s like a copout. Yes, girls can be stupid, but so can boys, at any age.

CG: Or at most ages. When we’re growing up, our girlfriends are part of our identity, too. Who we surround ourselves by is totally defining. You are known and understood by your peers by who you are friends with. You become tied to their decisions and behaviors. That can be empowering and devastating.

SD: I think it always upset me more when a woman was mean to me or disappointed me than when a man did. I remember when I was the new girl as a freshmen in high school. I didn't know anyone. I got a lot of attention from older boys who were quick to befriend me, but i was most thrilled when one of the popular girls in my grade invited me to sleep over at her house with her and her best friend.

I brought over a few dresses to get their opinion on for an upcoming school dance. We had so much fun trying on dresses, ordering pizza, and watching a movie, and falling asleep in the same room, laughing. I was so excited to be making girlfriends! Then came morning. I woke up and heard the two girls talking about me. "Oh my god, did you seeee her trying on those dresses?! Like, who does she think she is?" "I saw her trying to flirt with [boy at school]. It was so lame"

I laid in bed pretending to be asleep and listening to them rip into me. When I finally "woke" up, their demeanor changed to all smiles and they talked about how much fun the previous night had been and how we'd have to do it again. All I could do was nod. But by the time my mom came to pick me up a few hours later I had already decided to never go back to her house and that I hated her. For the rest of my time in high school I was always cordial to her but made it a point to never hang out again if I could help it. I felt sorry for her other girlfriends, and even heard her on occasion talking shit about the girl who was supposed to be her very best friend.

It must be so exhausting to go through life like that...always sizing yourself up to other women and putting other women down to make yourself feel good. And I can't imagine that it actually does make you feel good at all.

BC: The idea of women being mirrors for each other is spot on, and definitely helps me understand jealousy that has no tie to romantic relationships. Friendship jealousy is real! And so is the feeling of wishing to achieve or experience what you have not yet.

JB: Yes, as we get older we hold our female friendships so closely and anyone getting in the way of that can feel like a threat.

Like if you had brought someone for this weekend that the rest of us had never met, we’d be upset because we’re protective of this time with that person we love so much.

SD: If I only have a finite amount of time with you, I’m not going to be as friendly to them as I would to them if I met them in a different situation.

FS: That happens when I come visit you in New York. We’ll be hanging out with x person or y person and they’re cool, but I’m like I really just need some you and me time.

BC: I recognize that most of the unhappy feelings -- or "mean reds" as Holly Golightly calls them -- that I experience as an adult come from seeing what others are doing, that I have never done/hope to do/ want to do more of.

FS: Jealousy and competition between women can be so painful, especially when we’re young. The most intense jealousy I ever had was about a girl in 7th grade. She was a good friend, a good person, and I loved her. But I was also so consumed by jealousy. She did everything just a bit better than me -- star in the musical, choir solos, headmasters list, winner of the science fair. I even felt like my best friend liked her more than me sometimes, and I felt threatened. I would have given anything to switch places with her. I felt so guilty harboring those negative feelings inside, it was just exhausting. When she moved it was both devastating and a relief. I don't know if it was puberty or what, but I've never felt such intense jealousy about anyone else to such a degree, thankfully.

JB: I think it starts to change as we get older. We aren’t so defined by our friends as we were growing up, but we still compete with each other in similar ways. It’s like she writes in the article, it's that lingering feeling from our teens of wanting to be like other girls but also wanting to be better, better than the other girls, but really better than ourselves. In my twenties I felt more comfortable and confident in myself and in what made me different from my friends, but I still felt that push to be better.

FS: The part about competing for male attention also resonated with me. I love my girlfriends more than the world, and try to be intentional about respecting boundaries with their partners and my own. But when we were all single and casually dating there was a sick sense of pleasure that I get from making boys like me more than others. Flirting for flirting sake. It's like playing a game and winning. It gives you a high. It's not that I ever put someone else down in order to get the attention, its just that when your eye is on the prize and you're seeking that high there is sometimes collateral damage.

SD: Her comments on patriarchy as the reason women compete with each other really stuck with me. It makes sense---if we are shown from day 1 that men are most important then we may, perhaps even unknowingly, distrust other women because they are technically our competition. And we ARE shown that men are the most important: most of us are given a man's last name upon birth, we have yet to have a female president, our society values the workplace rather than the home, which is where women often are at least for the first few months after giving birth, and so on and so on.

And of course then we would compete with ourselves, and have issues with confidence. Growing up as a woman in a patriarchal world makes it hard to shake the feeling that you have to be the best to matter at all.

JB: Totally. I think what happens as we grow up, and overcome the feeling that girls are the enemy, we realize our close female friends are our lifelines, our life guides. They're the people who really see you and can help you become the woman you were meant to be.

One of the things that choked me up interviewing my mom about her late twenties was when she described the impact her friends had on her. She was 29, had just moved to a new country and was in a new marriage. She was trying to figure out who she was in this place and time and in the world. It was the older women who she became friends with who helped to open her world, to find her inner strength and power and potential, and ultimately empower her to become the woman I know her to be today.

We talked for 40 minutes about that time in her life and I said, ‘Mom, you haven’t mentioned Dad once.’ 'Yeah, he was there the whole time and really important to me of course,' she said. But her female friends left a different mark. 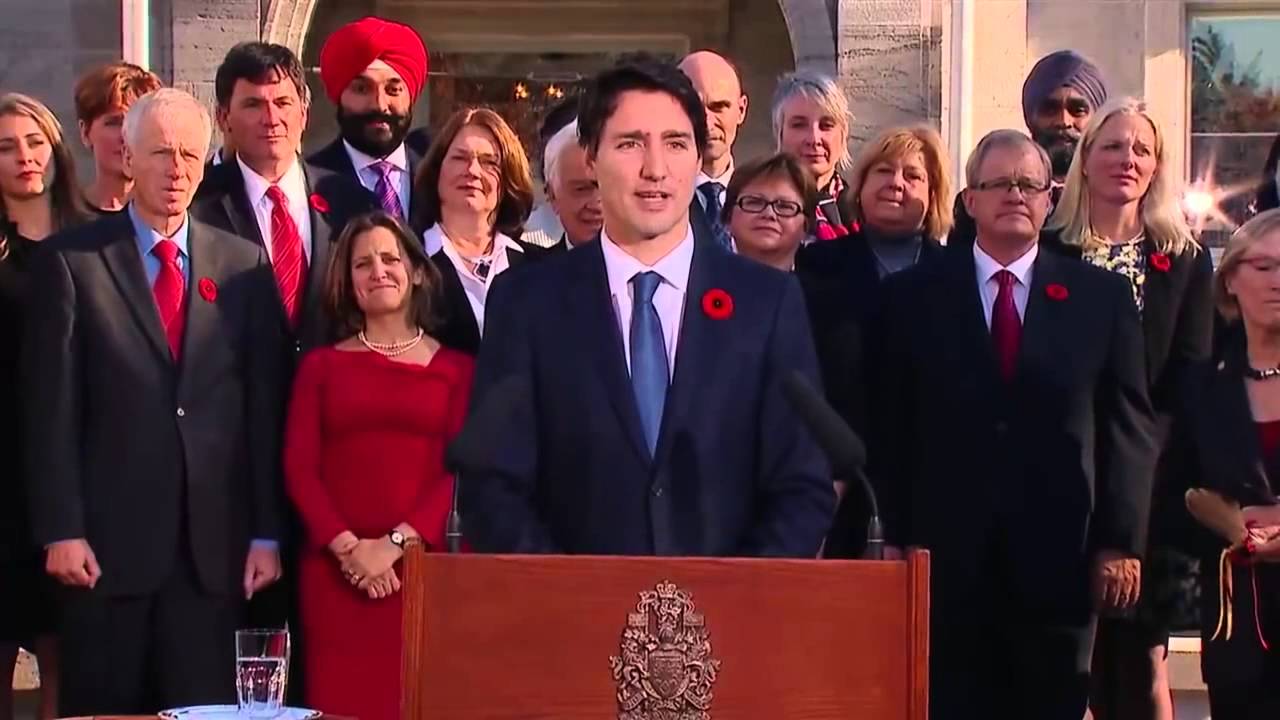 These past three weeks my home country (Canada) saw quite the shake up in National politics. Not only did the Conservative party lose its stronghold on Parliament after almost a

An interview with mom. I’m 29, tell me about what your life was like when you were my age. When I was 29, I was beginning my 3rd year